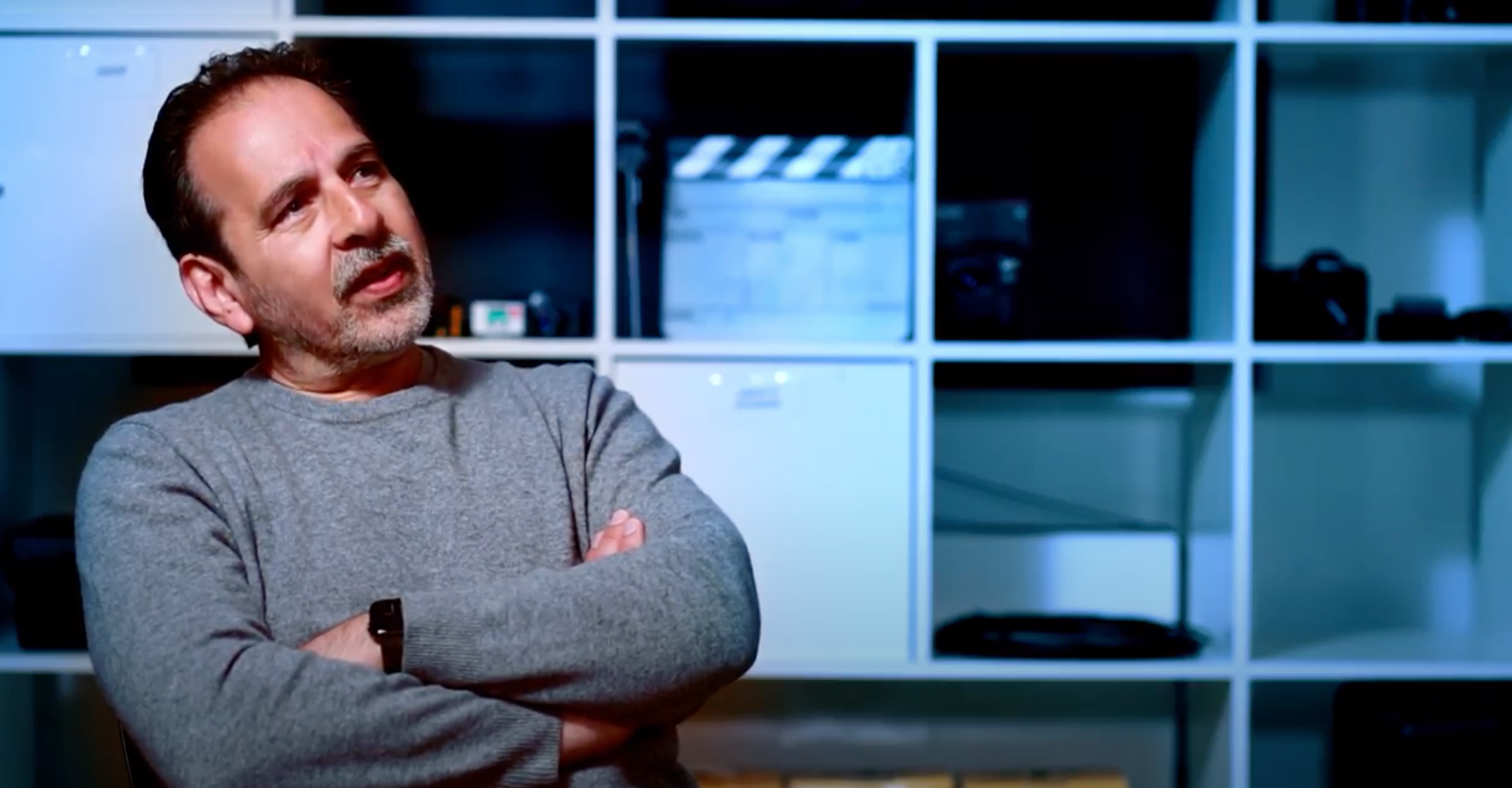 Our video team sat down to chat with award-winning screenwriter, Robin Mukherjee, who will be a guest speaker at our conference next year!

Robin Mukherjee is a hugely successful writer of film and television scripts, known for his work on Casualty, The Bill, Hetty Feather, and the award-winning feature, Lore.

Before he gives an exciting talk at our conference next year, we wanted to chat to Robin about his experience as a writer, his advice for aspiring creatives, and the value of networking.

What is the value of Cahootify and ‘Just Make It’, in your opinion?

Robin: There’s very few flowerings of any cultural movement, around the world, through the history of mankind, that does not in some way involve a collective venture. And I think Cahootify, in a sense, is that collective venture. It’s the collective, creative community of today.

Somebody wants to make a film. They’ve got a story to tell. Or they have a great eye for the visual effects, or they’ve got a good ear for sound. They want to make something, they want to create. They need a team, they need people to get in touch with, and Cahootify is about that.

“The ones at the top get out there and do it.”

Robin: If I could have a diagram, so this was, let’s say, a triangle, like this [Robin forms a triangle with his hands], with a point at the top and the base there, and it represented all the people who ever wanted to make something; the people who actually make something will be at that tiny little tip at the top. All the rest will do it one day, they’ll do it someday. They’ll wait for the stars to be aligned. But actually, the ones at the very top, the ones who make it, they get out there and they do it. They have the initiative.

You’ve got to push it through. You’ve got to take responsibility for it yourself. Cahootify then provides the wheels for that engine to turn. So I think it’s really important that there’s a way for people who have the initiative and the spark and the determination to make something, to then meet other people who are on a similar mindset. And then things happen.

How important is ‘truth’ in writing?

Robin: It’s the most elusive, mysterious part of writing, but I think it’s also the most central and powerful part of it. It is the truth of it. It’s the truthfulness of it that hits you, that resonates with you, that lingers.

It’s the perennial question, really: What is the writer attempting to do? Communicate, of course. We’re attempting to communicate. We’re attempting to divert people from their anxieties and problems into a kind of fantasy landscape that we’ve invented for their benefit. But there’s also, kind of, the work of the artist. The honesty of the studio. The honesty of the easel, or the pad of paper. You’re trying to produce something that is true to you, that is authentic, that is genuine, that is real.

It’s so much more important than technique, because it determines your own technique. Formulate technique is borrowed from other people’s truths. It’s borrowed from the form that other people’s truths have had to take in order to make themselves apparent to others. You borrow their form, great. But you need to find your own truths, you need to find the form that articulates that truth. That’s how art develops, how it progresses. That’s how it is creative, and alive!

Do you have a bad habit you have to keep at arm’s length when writing something?

Robin: (laughs) Well, it’s procrastination, isn’t it? But sometimes procrastination has its’ place. Sometimes you just need to go for a walk. You need to do something else. Do you know what? You even just need to look at Facebook. You need to put your mind into a kind of numb zone and let the subconscious wheels turn. You’ve seen something, you’ve had an idea, you’re pushing into a scene, and I find it quite useful, then, to do other things. You’re never quite separate from it.

“Procrastination has its place.”

So if somebody were to come up to me and start trying to talk to me and have a sensible conversation, although apparently I’m “cleaning my car”, the neighbour comes along and they try to talk to me, and I’m like, “… Yeah, what?”. Because actually the body is cleaning the car. The mind is in whatever imagined landscape is trying to see the story. So procrastination has its place.

But then it can – like fear and not knowing – it can get in the way. It can then become a displacement, and then creative energy gets dissipated and that’s the end of it. So one has to just gauge each moment as it comes. Whether this is sort of allowing the mind to roam freely, just slack off the reins a bit, so it can find itself, ease itself, or whether you’re just distracting yourself from what you should be doing.

How do you feel about the writing process in relation to deadlines?

Whereas actually, that sort of highly meticulous, deeply organizational, rational way of writing can get everything nicely lined up and lose the very thing all those things exist to carry. And so that’s another thing. The wonderful thing about deadlines is things are ripped from your hands before you’re ready to hand them over, and that’s a very good thing. So having too much time to write something can really work against you.

Watch the full interviews with Robin on our Youtube channel here